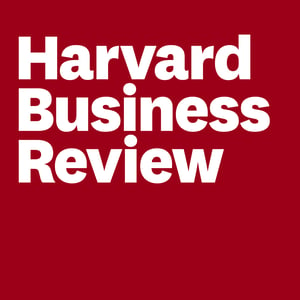 Start with a clear understanding of what you hope to accomplish - and how success will be measured.

One of the major American sports leagues is a good example of an organization that is making the most of its D&A function, applying it in scheduling to reduce expenses, for example, reducing the need for teams to fly from city to city for games on back-to-back nights. For a season, thousands of constraints needed to be taken into account related to travel, player fatigue, ticket revenue, arena availability, and three major television networks. With 30 teams and 1,230 games in a regular season stretching from October into April, trillions of scheduling options were possible.

The league used D&A to arrive at a schedule that:

Keys to success included a clear strategy for building the new scheduling system and a commitment across the organization to seeing it through with an unwavering eye on improving the experiences for everyone involved.

Companies can follow the league’s lead by first understanding that successful D&A starts at the top. Make sure leadership teams are fully immersed in defining and setting expectations across the entire organization. Avoid allowing strategy setting and decision making to occur in organizational silos, which can produce shadow technologies, competing versions of the truth, and data analysis paralysis. Before starting any new data analysis initiative, ask: Is the goal to help improve business performance? Jumpstart process and cost efficiency? Drive strategy and accelerate change? Increase market share? Innovate more effectively? All of the above?

When answering these questions, it’s important to understand that D&A teams are not data warehouses that perform back-office functions. Your D&A function should be a key contributor to the development and execution of the business strategy by supplying insights into key areas, such as employees and customers, unmet market opportunities, emerging trends in the external environment, and more.

Leadership teams must recognize that being successful will take courage, because once they embark on the journey, the insights from data analytics will often point to the need for decisions that could require a course correction. Leaders need to be honest with themselves about their willingness to incorporate the insights into their decision making, and hold themselves and their teams accountable for doing so.

Cultural resistance can also become a bigger obstacle than anticipated. But it’s underscored by the findings of two recent studies showing that just 51% of C-suite executives fully support their organization’s D&A strategy. Why? We’ve observed that it’s often because they are not supported by the right organizational structure and talent and are not aligned with the business strategy.

Some organizations have D&A capabilities spread across functions, or rely on a few data scientists to provide insights. Some are too reliant on technology tool kits and rigid architectures, and not enough on creating the right environment to effectively leverage people with the right expertise to drive D&A projects forward. These sorts of models usually are not capable of achieving truly transformative D&A.

Consider the case of a large global life sciences company that spent a significant sum of money building an advanced analytics platform without first determining what it was supposed to do. Executives allowed their technology team to acquire a lot of products, but no one understood what the advanced tools were supposed to accomplish or how to use them. Fortunately, executives recognized the problem before it was too late, conducting an enterprise-wide needs assessment and rebuilding the platform in a way that inspired confidence in its ability to drive efficiency and support business transformation.

In another case, a major financial services organization built a robust technology platform based on stakeholder needs. But after building it, executives soon discovered they lacked the organizational structure and people to use the platform successfully. Once they addressed those needs, the company was able to use the great platform to achieve significant savings in operating costs.

According to KPMG’s 2016 CIO Survey, data analytics is the most in-demand technology skill for the second year running, but nearly 40% of IT leaders say they suffer from shortfalls in skills in this critical area.

Formally structured systems, processes, and people devoted to D&A can be a competitive advantage, but clearly many organizations are missing this big opportunity.

In an age where data is created on a scale far beyond the human mind’s ability to process it, business leaders need D&A they can trust to inform their most important decisions — not just to reduce costs but also to achieve growth. And the best will use D&A to anticipate what their customers will want or need before they even know they want or need it.