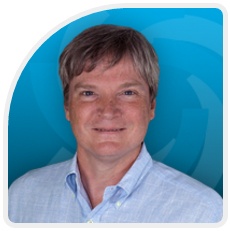 Those of you who attended the ASAE Technology conference may have heard Theresa Payton's keynote address, which mentioned Quantum Computing. I've been following the evolution of Quantum Computing for several years and believe in its transformative potential, so I’m excited to see it discussed in the association community!

What is Quantum Computing?

If you've never heard of quantum computing, it is a newer technology that leverages the quantum-mechanical phenomena of Superposition and Entanglement to perform computing tasks. "Whereas common digital computing requires that the data be encoded into binary digits (bits), each of which is always in one of two definite states (0 or 1), quantum computation uses quantum bits or qubits, which can be in superpositions of states." – Wikipedia

In short, quantum computers significantly increase computing power as measured against computers of today. The power boost is exponential, to the extent that existing forms of cryptography, including the algorithms used to secure Blockchain transactions, will be breakable and thus rendered obsolete (Quantum Cryptography or something like it will emerge as the new cryptography standard.)

In non-tech speak, businesses will benefit from quantum computing because it will enable automated machine learning and statistical modeling tasks that traditionally require a human data scientist. Which is not to say, of course, that computers will replace humans. Quantum computers will simply enable more efficient solutions to hard problems that are out of reach using today’s technology.

Of interest to associations, a commercially viable quantum computer will be able to quickly solve certain data sciences problems that are extremely difficult, if not impossible, to solve today.  For example, Quadratic Unconstrained Binary Optimization (QUBO) problems. What is QUBO? Basically, a QUBO problem requires analysis of a large dataset containing many independent variables to solve for the optimal subset of impactful variables that predict an outcome. Without quantum computing, this would take a very long time, perhaps too long to be feasible for businesses that need immediate answers.

Here is a case study example that focuses on credit scoring. In the association space, we would apply similar analysis techniques to any number of business use cases, including but not limited to predicting member renewal, conference attendance or the likelihood of a member to purchase products or services. Doesn't this sound great?!? As Lee Corso would say "Not so fast, my friends"!

Optimistically, commercially viable quantum computing is 10 years away and maybe longer depending on who you ask. There are also environmental issues to address. Quantum computers only work reliably when operated at temperatures close to absolute zero. Operating a device at such ultra-low temperatures is no easy feat, and requires lots of energy and supporting infrastructure, resulting in a less-than-environmentally-friendly solution.

These technical challenges represent barriers that must be overcome as experimental technology evolves into commercial viability. The state of quantum computing today is loosely analogous to where we were with traditional computing when the ENIAC was introduced in 1945. The race to solve the many technical challenges on the road to commercial viability represents the next technological "arms race," and companies like IBM, Microsoft, Google, Intel and others are investing billions to make it happen.

If you are interested in learning more, here are additional resources to get you started: