Your Project Manager Is a French Chef (and Other Tales) 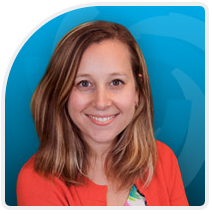 Mais oui! And I’ll get there in a minute.

But first…I know that most of you are sold on the value of project management.

You already know that project managers are key to healthy projects, ones that are delivered on time, on budget, and to spec. You’re a client that has been frustrated when a past vendor “goes dark,” or you’re a developer that was left to wade through murky expectations. Or, quite likely, you’ve been both.

And then you’ve seen the unicorns and rainbows that shine when a project is well-scaffolded by an able project manager. One that addresses problems before you even know they existed.

But for those readers that still aren’t quite sure what a project manager actually does all day, for those that think that budget could be better spent on a new widget or a standing desk, I’m here to lift back the veil on what you get when you have a project manager at the helm.

The French have a culinary term, mise en place, which roughly translates to “everything in its place.” It’s the concept that to execute a dish flawlessly, you should first line up all your diced, minced, and measured ingredients.

Your project manager is doing this for your project. Timelines and budgets, specifications, contracts, resourcing. These elements must be carefully cultivated at the outset, or projects run the real risk of inefficiency spiraling into crisis. Having the wrong resources working on the wrong tasks in the wrong order is the software equivalent of a sunken soufflé.

The offensive lineman protects the quarterback and blocks attacks from oncoming defensive players. Linemen don’t get the credit for the touchdown and they aren’t shown much in the highlight reels, but without them, that ball wouldn’t get too far down the field.

Your project manager is just missing the padding and mouthguard. Spoiler alert: projects have inevitable wrinkles. A pre-existing piece of functionality doesn’t quite play nice. A critical resource gets the flu. A key stakeholder wants to announce the product three weeks earlier. It’s not if, but when something will pop up.

Your project manager is working her magic to deftly block and tackle. Divide the delivery in phases to meet a new timeline—BAM! Pull in resources from another project to make up a lag—BOOM! Brainstorm a workaround for missing functionality—POW!

And the crowd goes wild.

As you know, being only half-Betazoid downgrades Counselor Troi’s abilities from full telepathy to potent empathy. Nevertheless, she can read a room like a pro and coax warring alien lifeforms towards diplomacy. All in a truly unforgiving jumpsuit.

Your project manager brings this same emotional intelligence to work for you. He senses competing priorities amongst your stakeholders and suggests compromises to give each a “win.” He creates an ego-friendly path to lift an engineer out of her rabbit hole. He wins over the fiercest of skeptics with active listening and a patterned delivery of small and large wins.

And he doesn’t even have to wear the jumpsuit.

The alchemy of good project management is often defined by what doesn’t happen. No overages. No late nights. No surprises.

The tremendous effort to make those things not happen is ultimately saving you time and money and sanity. And those are well worth the cost of a project manager—even one that can’t throw a perfect spiral.